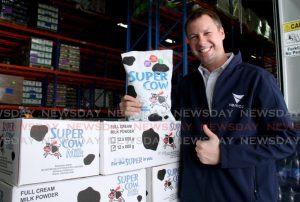 If you want to define it in cricket terms, you could say 2020 was a bouncer. And not just the run-of-the-mill high bouncing cork ball either; 2020 was the kind of bouncer that went one way then bounced another then flew straight at your face.

Few businesses were able to pivot away from that bouncer, let alone benefit and thrive. Manufacturing, exporting and distribution company Vemco is among those few.

Connected to the conglomerate Agostini locally and a list of companies worldwide, Vemco was able not only to navigate the uncertainty of 2020 and covid19, they were able to protect all 700 of their employees, both health wise and financially. They also contributed to the overall $300 million garnered by Agostini and managed to maintain a supply of food, from basic commodities like pasta, milk and cheese to pet care products, at a time where changes in the demand and supply were volatile.

Vemco CEO Christopher Alcazar told Business Day that through its foresight, planning and dedication to building TT, Vemco was not only able to keep its eye on the ball, but test the boundaries of how business is done. Alcazar is the immediate past president of the TT Manufacturers’ Association, where during his tenure, the business group launched its Proudly T&T campaign.

Thanks to first-hand information from a wide range of industries, Vemco was prepared for a difficult innings in 2020.

As a food and beverage company, Vemco is an all-rounder. It is connected to all facets of the economy and in one way or another is affected by any fundamental changes in economic forces. The company also has a wide group perspective of how different industries are doing. As part of Caribbean Distribution Partners, which operates across the Caribbean; Agostini’s group of companies, which has a wide array of companies locally; and as partners to international companies like Pepsi and Kerrygold for years, Vemco was able to get an understanding of how the pitch in 2020 might play. 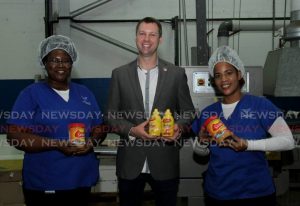 “We were battening down the hatches looking at costs to see where we could get better control, where we could cut out and get a little leaner – any wastage of raw material or where we might be spending money that we didn’t need to spend. So, going into 2020 we were already of that mindset,” Alcazar said.

But no one was expecting covid19. Vemco was looking out for an economic lull, not a worldwide pandemic. Luckily its plans to drive foreign exchange, engage in job preservation and protect its people and brands were in perfect alignment with what was needed to navigate 2020.

Alcazar said the advantage they had was that they represented several companies worldwide that were monitoring and assessing the impacts of the virus. As fast as they learned new information, they forwarded it to Vemco and their partners.

“We are getting a lot of information that we are compiling here and thinking how we can get ahead of this thing. While we had a certain focus going into 2020, we shifted a little further and a little deeper.”

So, when covid19 officially reached TT in March, Vemco was already prepared.

“Terms like physical distancing, we were learning that months before it was being talked about locally. We were already physically distancing, reducing numbers in the office doing health checks and finding ways for people to work from home.”

Vemco’s first priority was its 700 staff members. It wanted to ensure the protection of each of their workers’ health, safety and job security. “If our current team could not earn a living, then we would be adding to the crisis rather than contributing to stability,” Alcazar said in an interview at the company’s plant in El Socorro. “So that became our number one priority.”

Then, the company focused on the population, and ensuring there was a steady supply of products through its plants and distribution centres for the shifting demands of customers.

“God forbid we had a crisis in the warehouse, what would be our back-up plan? If our trucks could not go out for one of several reasons, how would we get our products on the shelf? As a leading manufacturer of major brands and basic commodities we cannot contribute to shortages on the shelf. That could snowball into something terrible.”

Thirdly they focused on their brands like Cafe Brazil and Swiss, by making sure their array of products always stayed on the shelves.

But that wasn’t easy. The surge in demands meant that the company had to put out about 60 per cent more than they would, even though some parts of their operations were already operating at capacity.

“The initial surge was phenomenal to the point where it tested who we were and what our capacity was. The plants would normally operate for 16 hours of the day either packing or delivering products and in some cases, we had to run for 24-hour shifts. And you must keep in mind that we are trying to protect the team, so we are having to adjust how we work. We couldn’t bring out more staff because that would put them at risk. It was extremely challenging.”

Even equipment that was thought to have been running at capacity was pushed beyond its limits to meet the demand.

Some of the surges were unexpected but thanks to that stream of information from partners, they were able to get in front the surges and manoeuvre before they got stumped.

“No one would expect that in a pandemic there would be a surge in demand for something like (sports drink) Gatorade. What you find is that, as a hydrator, if people are getting the flu or flu-like symptoms they would consume Gatorade to stay hydrated rather than water.”

Probably the easiest part of the year was ensuring that the country had a supply of pasta.

A release sent to the media earlier this month assuaged fears that the price of pasta would hike as supply lines to raw materials were feared to be compromised.

Alcazar explained that because of the devaluation of the dollar in certain pasta manufacturing countries, the price has become much more competitive as the demand internationally lessened, so they had a surplus of home-made pasta, instead of concerns for gathering the raw material.

But the worldwide surge in demand did affect Vemco. Alcazar noted that while the demand was met for most brands, because the demand was so high worldwide, there were some raw materials in other areas of the supply chain, like plastics, caps and containers that could not be readily supplied.

“In some cases, products were readily available and others were not. We had to look at what products we do carry and what other products we cannot carry any more from certain international suppliers. Locally, you would go to the supermarket shelves and there would be certain sizes or flavours of a certain brand that just aren’t available. A lot of that has been because of the surge locally and the fact that the supplier just can’t supply that anymore.”

So again, they kept an eye on that bouncing ball. They focused on products that had the highest demand. For example, regarding the pastas, Vemco focused on macaroni and spaghetti. They put emphasis on certain sizes of ketchup and mayonnaise, and certain flavours of peanut butter.

“We know that in TT we like creamy peanut butter more than chunky so we might have been producing creamy,” Alcazar said. “So, if I need caps, I would focus on using them for creamy peanut butter… We had to make certain sacrifices to meet the consumer demand.”

Local manufacturers were able to shine as Vemco dealt with the surge in demand for products, Alcazar said. It was part of the overall drive stemming from the Proudly T&T initiative, which motivated the manufacturers to give their all and encouraged the population to buy and support locally manufactured goods.

In some cases, local manufacturers were able to meet the demand faster than a shipping container could reach our shores.

In the export arena, Vemco has also been able to progress, with their first container of goods going to Cuba last December, with more exports pending this year.

Alcazar said if TT is to remain an anchor in the worldwide exporting field, the entire country would have to support the 47,700 men and women batting for the manufacturing industry – from government to the man on the street.

Although he joined his voice with the many in the business community calling for better ease of doing business, Alcazar still commended the government on the efforts they already made.

“We are seeing that they are putting in technology. This recent thing with the (upgrade of the) ASYCUDA system (a global customs software) is progress. Maybe it was a bit painful because we tried to do too many things at once but imagine the fact that we are doing a lot of things to make progress.”

He added that the country needs to find a way to balance manufacturing with the quality of international brands and competitive pricing.

This could be a difficult task, he noted, as the local produce industry does not have the same capacity or technological support that other countries like the United States and European countries benefit from. But there had to be a way.

“Look at tomatoes. In most cases what we grow is consumed on the table top, and the table top price is the lowest price you can get (tomatoes are currently $12.23/lb). But what I need is tomato paste. If we cannot grow enough tomatoes for table top, where do we get to the point where we are feeding into a manufacturing plant where I would not get that same price per pound as I would get for the table top?”

Alcazar recalled that the founder of Vemco Victor Mouttet was a patriotic citizen and said that patriotism was passed on to his eldest son Francois, the current director. This is why the company maintains a policy of still considering paying premium prices for local produce.

“Francois Mouttet has always been an advocate of trying to find it locally, and if not, trying to find it within Caricom. Then, if we cannot find it there, we consider outside. Even if it is ten or fifteen per cent more, we will still consider paying premium prices for local produce. That is the desire of the manufacturing industry. I don’t want to sound pie in the sky, but we have to keep trying and growing.”